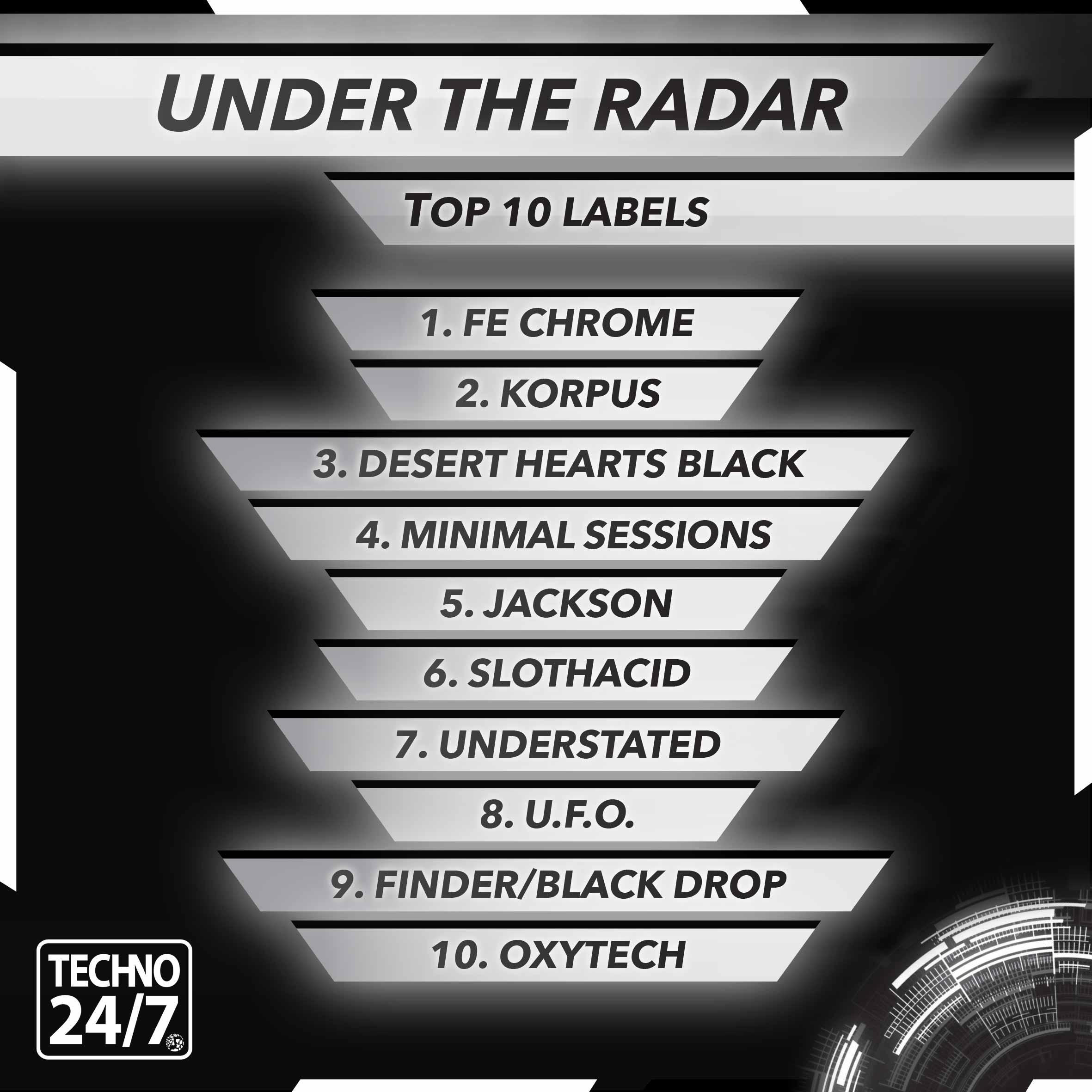 10 Labels Currently Under the Radar

1. Fe Chrome - Another underrated label, Fe Chrome is headed by Frank Ellrich aka A*S*Y*S. Also calling Berlin home, Fe Chrome is the definition of “under the radar.” Their mantra? Quality over quantity. If Acid is your thing, then this is your label.

2. Korpus 9 - Established in 2018 in Saint-Petersburg and managed by Kwazalski, Korpus 9 hits hard. Drawing its influences from an abandoned research station, you never quite know what to expect from Korpus 9 except quality productions.

4. Minimal Sessions - Los Angeles-based Minimal Sessions remains one of the few minimal labels in the US and holds down the West Coast. With the likes of Skonka, Britton, Shmitty, Tyler Rouse, Mid City, Annika Wolfe and Brennen Grey; Minimal Sessions features some of the brightest rising stars in the States.

5. JACKSON - Splitting its home base between Las Vegas and Los Angeles, JACKSON specializes in melodic techno. Cinematically melancholic, JACKSON pushes the boundaries of what techno has been known for over decades and strives to do things differently. With Los Angeles label regulars Carbon Street, Collin Reeve, 28mm and Hydrah, they aim to capture imagination and forward thinking progressiveness and funnel it into a constant state of conciseness. Featuring international artists Coccolino Deep, Greylight, K-lix, Jil Tanner and Jey Di; the JACKSON sound is quickly making its way around the globe and looks to heat things up even further with a pending relocation to Berlin next year.

6. Slothacid - The birth child of Sacha Robotti comes with its father’s quirky taste and experimental nature. Pushing the boundaries of tech house and techno, Slothacid is exactly the trip you needed but didn’t know it.

7. Understated - Based in Los Angeles, Understated is the epitome of underground techno in LA. Featuring some of the cities’ up and coming talents, there simply is no techno in LA without Understated. You can easily find any of their artists playing at any given time around the city, not to mention being able to hear what they’re currently working on in the studio on the decks.

8. U.F.O. - Run by Dani Sbert and featuring TiM Taste, EVNS, Ronin, Isaac Shake and Efren Kairos to name a few; U.F.O. Recordings is a silent heavy hitter in the industry.

9. Finder/Black Drop - “Sopik” heads these two imprints and excels at both. Since 2015, names like Globurst, Crossbow, Marika Rossa, A.P.T.A., F-Rontal, Silvano Scarpetta and Joseph Row have been released on Finder and Black Drop.

10. Oxytech - This Ukrainian label was created by Terra4Beat & Neurofaza in 2013 with the purpose of highlighting the young talents in underground techno and also run Oxytech Planet and Oxytech Limited as sub-labels to achieve this goal.