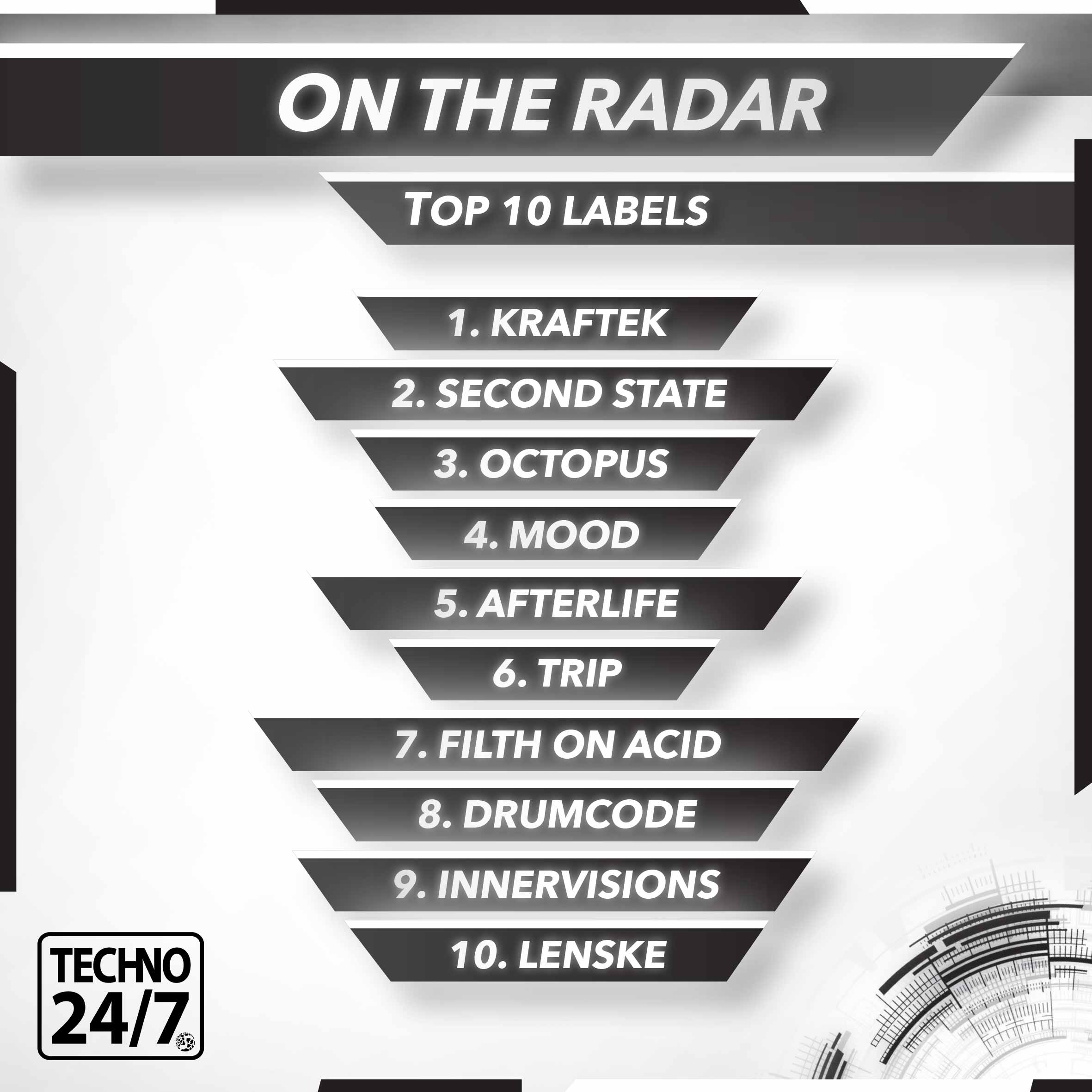 10 Techno Labels Currently On The Radar

1. Kraftek - The techno lovechild of Pleasurekraft, Kraftek is the pioneer of Cosmic Techno. After a resurgence in 2013, the US-based label has released tunes from the likes of Brennen Grey, Umek, &ME and The Yellowheads to name but a few. Featuring an engaging YouTube to boot, Kraftek is hitting all the right notes.

2. Second State - Founded in 2014 by Pan Pot, this Berlin-based label is a hub for techno lovers around the globe. Constantly pushing boundaries, Second State remains one of the most underrated labels out there today, yet consistently puts out innovative and quality records that deserve the limelight.

3. Octopus - Another Los Angeles-based imprint, Octopus is led by Sian. Relatively new to the scene, it has wasted no time in making its presence known. Featuring a classic techno persona, Octopus has released music from Sacha Robotti, Who is Hush, Lilly Palmer, Jay Lumen and Drunken Kong.
4. MOOD - Nicole Moudabber’s imprint has steadily been rising through the ranks of pristine techno labels over the years. Between a plethora of releases and a stellar mix series via “In the MOOD”, Nicole and MOOD have established themselves as one of techno’s most prominent leaders.
5. Afterlife - The Tale of Us-led label is among one of the most innovative out there today. Priding itself on melodic techno, Afterlife delivers a one-two punch with its now historical events. Creating a vibe like none other and featuring some of techno’s most promising rising and solidified talents, Afterlife has quickly cemented itself in short time into legendary status and blazes its own path.

6. Trip - Birthed in 2014 by techno queen Nina Kraviz, trip has quickly become a staple in the Techno realm. Born out of her love for techno beginning the 90’s, trip takes this love to another level. Expanding the mind through techno, trip recordings is one of the best trips you might ever take.
7. Filth on Acid - Reinier Zonneveld has headed Filth on Acid since 2016 and has wasted no time in making its presence known. The Filth on Acid label serves as a platform to Reinier Zonneveld's artistic and creative freedom. While ranging from filthy acid techno to deeper melodic tracks, Reinier has his finger on what’s now, what’s to come, and what might be.
8. Drumcode - A label that needs little introduction, Drumcode is a big reason why some of us got exposed to techno in one way or another. A pillar of techno history, it has paved the way for others while bringing the masses together in the name and love of techno.
9. Innervisions - Headed by Âme, Innervisions leads the way in innovative Techno. Off the beaten path, it prides itself in doing things differently and creating some of today's most forward thinking tunes. With an organic approach, Innervisions is a true visionary and taste maker.
10. Lenske - Officially in the game for just over a year now, Lenske is the doings of techno queen Amelie Lens. Pushing boundaries and limitations, Lenske represents what’s happening right now in Techno.