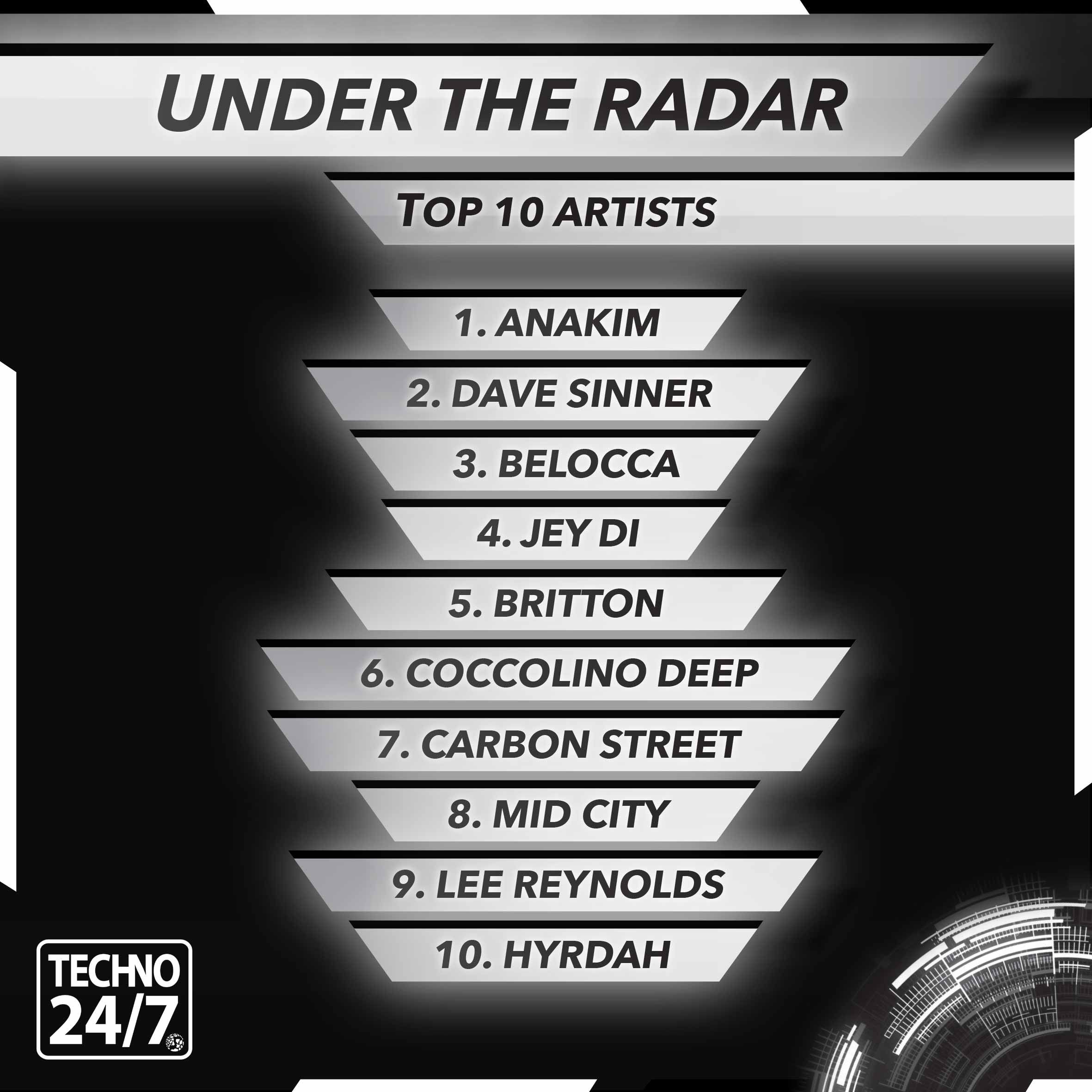 Top 10 Artists Currently Under the Radar

1. Anakim - With a residency at Sound in Hollywood, being signed to mau5trap and beginning to make the rounds at Insomniac events in Southern California, its safe to say Anakim is just getting started. Named Billboard's Dance Emerging Artist in 2020, DJ Mag's Artist to Watch in 2019 and Insomniac's Discovery project winner in 2019, Anakim has steadily gained momentum over the past few years and is quickly becoming one of LA's most promising talents.

2. Dave Sinner - With Barcelona as his home, Dave Sinner is one of techno’s rising talents. With releases on Kraftek, Suara and Odd Records, Sinner has already received support from the likes of Adam Beyer and Sam Paganini. Relatively new to the scene, he’s wasted no time in making a lasting first impression and looks to be around for many years to come.

3. Belocca - Bela Gábor, aka Belocca, has been specializing in melodic techno for the past 20 years and remains one of the genres’ most prominent figures. Since releasing on nearly every major techno label over the years and playing some of the most prestigious festivals around the globe, Belocca started his own imprint in 2012 dubbed Mainground Music. Named No.1 Best Underground DJ in the Ballantines Music Awards Hungary 2019, Belocca always seems to keep pushing forward and raising the bar for himself.

4. Jey Di - The Force is Strong with this One. This Spaniard seems to be hitting all the right notes as of late and has a work ethic that even the late Kobe Bryant would be proud of. Relentless and never seeming to take a break from producing, Jey Di has released on international labels Sonambulos, UFO Recordings, JACKSON, Plunk!, Revival, Dechapter, Tonic D and Nocturnal Sound. Keep your eyes and ears open for more to come from this dedicated and extremely gifted talent.

5. Britton - A staple amongst the minimal techno world, Britton has a style all of his own. When not handling A&R duties for Minimal Sessions, Britton can be caught crushing the decks at peak time hours at Desert Hearts and Moontribe, two of California’s most premier gatherings. Honing in on a dark and sinister sound, Britton is one of Northern America’s best “hidden” talents.

6. Coccolino Deep - This Italian artist is truly that. An artist. Best known for his melancholic and ethereal mixes via his YouTube channel, Coccolino has of late been releasing his own original works as well. Encompassing the many themes of the human condition, the emotion displayed through his mixes and originals will stick with you for months and years to come, trust us.

7. Carbon Street - Dabbling in everything from bass music to melodic and minimal techno, Carbon Street calls Los Angeles home. A prominent figure in the West Coast music scene, Carbon has had a wide local success as well after releasing on Subwoofer, JACKSON,

8. Mid City - Also calling Los Angeles home, Mid City is a staple on Los Angeles based imprint Minimal Sessions. Young and massively talented, Mid City shows all the signs of quite possibly being the next big thing to come out of techno in LA.

9. Lee Reynolds - “Papa” Lee Reynolds is one of Desert Hearts’ founding fathers and fits the bill perfectly. With an off-the-wall personality of one of the best hearted dudes around, Papa Lee always brings his signature style to his sets and originals.

10. Hyrdah - This Minneapolis native is one to watch. Known for the use of her own vocals in her originals, Hydrah also graced the deck of Nocturnal Wonderland last year and is well on her way to bigger things. Utilizing her own talents in full potential, her melodic techno is easy listening and provides an ease of mind.