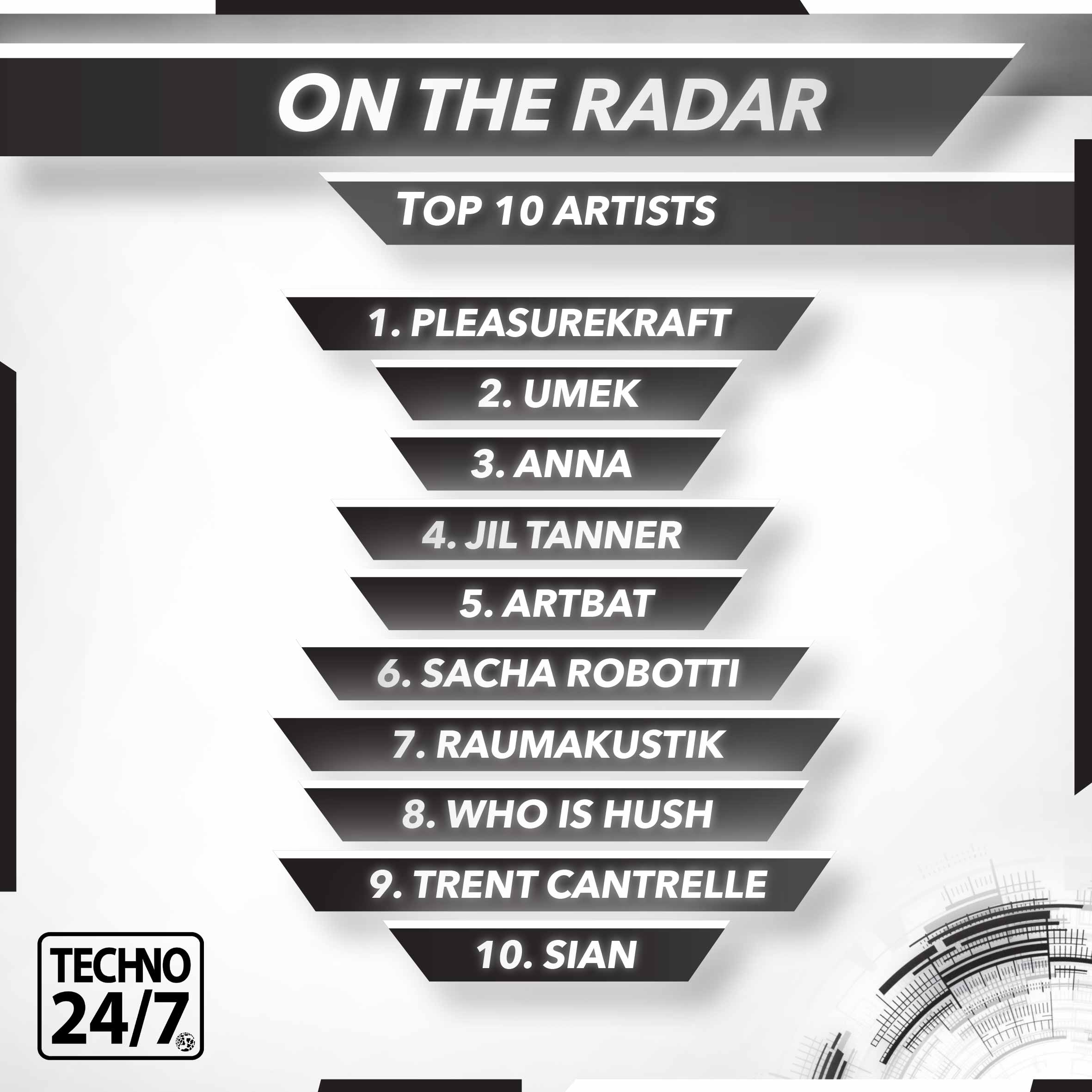 10 Artists Currently On the Radar

1. Pleasurekraft - Heading their Kraftek label, Pleasurekraft are the pioneers of Cosmic Techno. Leaving little to the imagination, this duo blazes their own path and have reaped the rewards of taking risks. Coming off their LP ‘Love in the Age of Machines’ in April and massive success last year on “Drumcode” for their Adam Beyer “Space Date” remix, look for these two to keep the momentum going.

2. Umek - Hailing from Slovenia, Umek has established himself as one of techno’s most respected names through the years. One of techno’s “fathers”, Umek has graced the world from Space Ibiza to Berghain, El Row to Tomorrowland, EDC to Ultra and countless venues across the globe. Heading his own 1605 imprint, one simply cannot exclude him from the history of techno.

3. ANNA - Hard work pays off. This Brazilian native is one of techno’s leading ladies. After her remix of Jon Hopkins’ ‘Singularity’, ANNA has seemingly become a household name. No stranger to the Awakenings lineups, ANNA has also graced BBC’s Essential Mix, DJ Mag’s cover, Cercle, Mixmag, Drumcode and Afterlife in recent years.

4. Jil Tanner - Fresh off her ‘Ravenergy’ EP on Nicole Moudaber’s MOOD Records in May, Jil Tanner is quickly garnering much deserved attention. With Berlin as her home, Tanner has been fully immersed in the land of techno since birth. Currently sitting in the Top 20 of Pepsi Max’s Sound of Tomorrow contest, Jil Tanner’s signature style and use of live vocals in her sets results in a truly innovative artist.

5. ARTBAT - This Ukranian duo is on top of the food chain these days and rightfully so. With a slot at Cercle Festival next year with the rest of techno's elite, ARTBAT has put in the hard work over the years and deserve their place among techno royalty. Placing quality above everything, each ARTBAT release exudes passion and dedication to their music.

6. Sacha Robotti - One of the industry’s most diverse artists, Sacha Robotti knows no boundaries. From house to tech house and techno, Robotti came to prominence via Claude Von Stroke’s Dirtybird imprint. While this doesn’t define him or his sound, Sacha has established himself as one of the most sought after acts in the business. Now residing in Los Angeles, Robotti was raised in Belgium and heads his Sloth Acid endeavor on the West Coast. From gracing the decks at Desert Hearts, Dirtybird Campout, EDC, Coachella, Lightning in a Bottle, Burning Man, Sound Nightclub and countless venues across the States, the journey for Robotti has been a humble and illustrious one that shows no signs of slowing down.

7. Raumakustik - After having landed one of the biggest tech house tunes in the early past, Raumakustik is here to make yet another lasting impression, as The Dresden based producers and DJs are known for using a combination of tech house and techno tunes to create their own style while delivering a forward thinking attitude.

8. Who is Hush - The mysterious persona known as “Who is Hush” has been climbing the charts and ranks of the underground. Voltage, Octopus, Sektor Black and Necromantech have all featured his music and is navigating his way through the depths of techno. His recent ‘State of Consciousness’ EP on Voltage with Karim Alkhayat is a prime example of his style and grace.
https://www.beatport.com/release/2020-vision/2842935

9. Trent Cantrelle - With a residency at Sound Nightclub in Hollywood and his own Sound Like Radio show on Sirius, Trent Cantrelle has established himself as an unsung OG of the West Coast. Down to Earth and humble, Cantrelle has flown under the radar until the past couple of years and now is officially here to stay.

10. Sian - Heading Octopus Records, Sian has been putting in massive work these past few years. From his killer sets to his original productions, this hard worker has himself released on mau5trap, Stil Vor Talent, Relief, Manta and of course his own, Octopus.